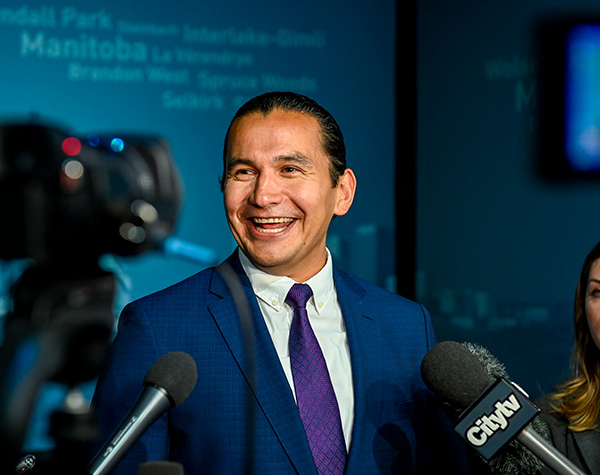 Winnipeg, MB – Manitoba NDP Leader Wab Kinew demonstrated what real leadership looks like with his plan to fix healthcare, keep life affordable, and create good jobs while addressing the climate crisis, at the only debate attended by all party leaders, including Brian Pallister who has hid from Manitobans for the last two weeks.

Despite Brian Pallister calling an illegal election over a year early, he has failed to offer a vision to make life better for Manitobans. Only Wab Kinew and the NDP stood clearly in favour of re-opening ERs, fixing health care, and making life more affordable for regular families.

Rather than debate the issues, Pallister attempted to defend the chaos he created in our public health care system while running from his own record of cuts to health care. Pallister has a record of broken promises, ethical lapses, and an inability to get along with anyone else. How can Manitobans believe anything Brian Pallister promises this election?

Wab Kinew and the Manitoba NDP are building momentum to election day to form government. Only Wab Kinew and Manitoba’s NDP can defeat Brian Pallister and form a government that builds health care and works for all of us, not the privileged few.

It’s clear that this election is about health care and the NDP are the only team with a plan to fix health care for all of us.