PALLISTER UNDER INVESTIGATION BY ELECTIONS COMMISSIONER 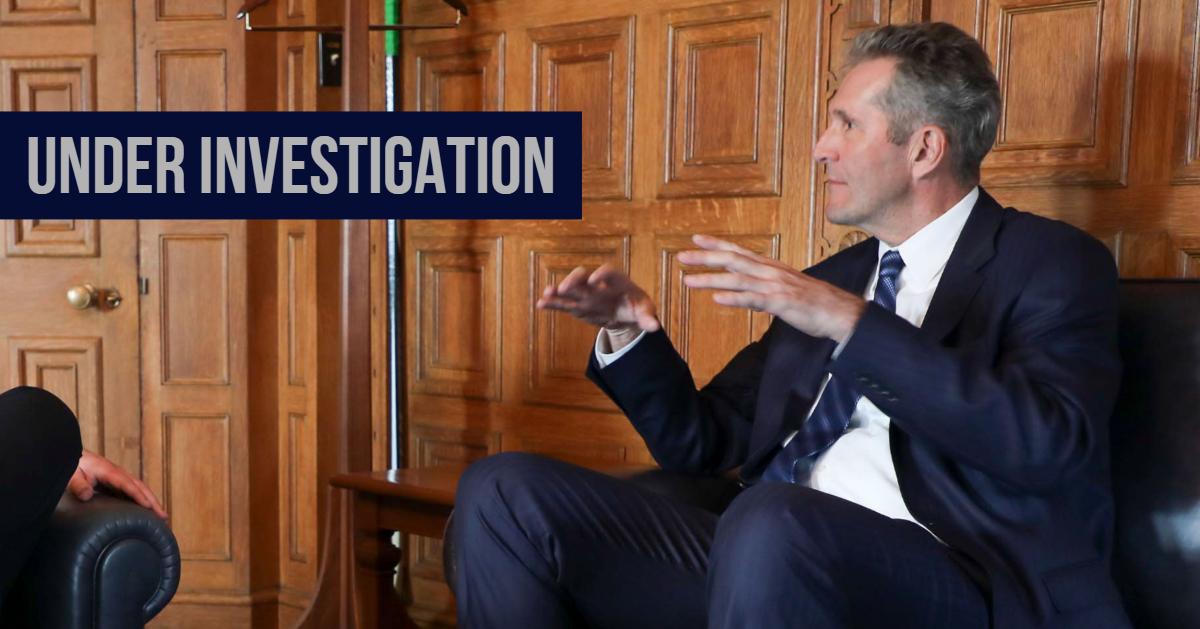 Pallister under investigation by Elections Commissioner

The Commissioner of Elections has opened an investigation into Brian Pallister and his PC Party for having allegedly broken the Elections Financing Act by inappropriately using the Manitoba Premier’s office in a partisan election advertisement.

The Commissioner of Elections has opened an investigation into Brian Pallister and his PC Party for having allegedly broken the Elections Financing Act by inappropriately using the Manitoba Premier’s office in a partisan election advertisement.

“Brian Pallister misused the Premier’s Office for his own political gain – he used it to film a video to try and paper over the harsh cuts he has made to health care for regular families,” said Mark Wasyliw, NDP Candidate for Fort Garry. “This is a serious abuse of power and government offices. Just like when his St. Vital candidate, Colleen Mayer, took illegal corporate donations from insurance brokers, Pallister thinks there’s one set of rules for him and his friends, and another set of rules for the rest of us.”

Manitoba’s NDP has filed a complaint with the province’s Commissioner of Elections. The Commissioner responded, saying he has opened an investigation and assigned an investigator to the file. The partisan video features Pallister and Jasmine Brar, Michelle Richard, Sarah Guillemard, Cathy Cox and Audrey Gordon, all PC Party candidates, in the Premier’s Office.

Ironically Pallister’s actions were condemned by the PC’s own Campaign Director, David McLaughlin.

Just a day after posting the video online, McLaughlin shared a social media post on August 5th criticizing Jason Kenney for using his Premier’s Office to film a partisan video. The post states:

“I may be in the minority, but it’s inappropriate to use the premier’s office for partisan purposes.”

“Brian Pallister’s own campaign director says this is wrong. Pallister doesn’t need to wait for the Commissioner of Elections – he should apologize to Manitobans and pay back the Province for misusing the Premier’s Office for a partisan video shoot,” said Wasyliw. “We know Pallister’s record on following rules – he failed to pay taxes on his Costa Rican luxury home for a decade until he got caught. Manitobans shouldn’t have to wait that long for him to do the right thing.” Earlier this year, the Liberal Party of Canada agreed to reimburse the House of Commons $500 for their inappropriate use of the Prime Minister’s Office in a party video, and offered to return
donations received as a result of the ad.