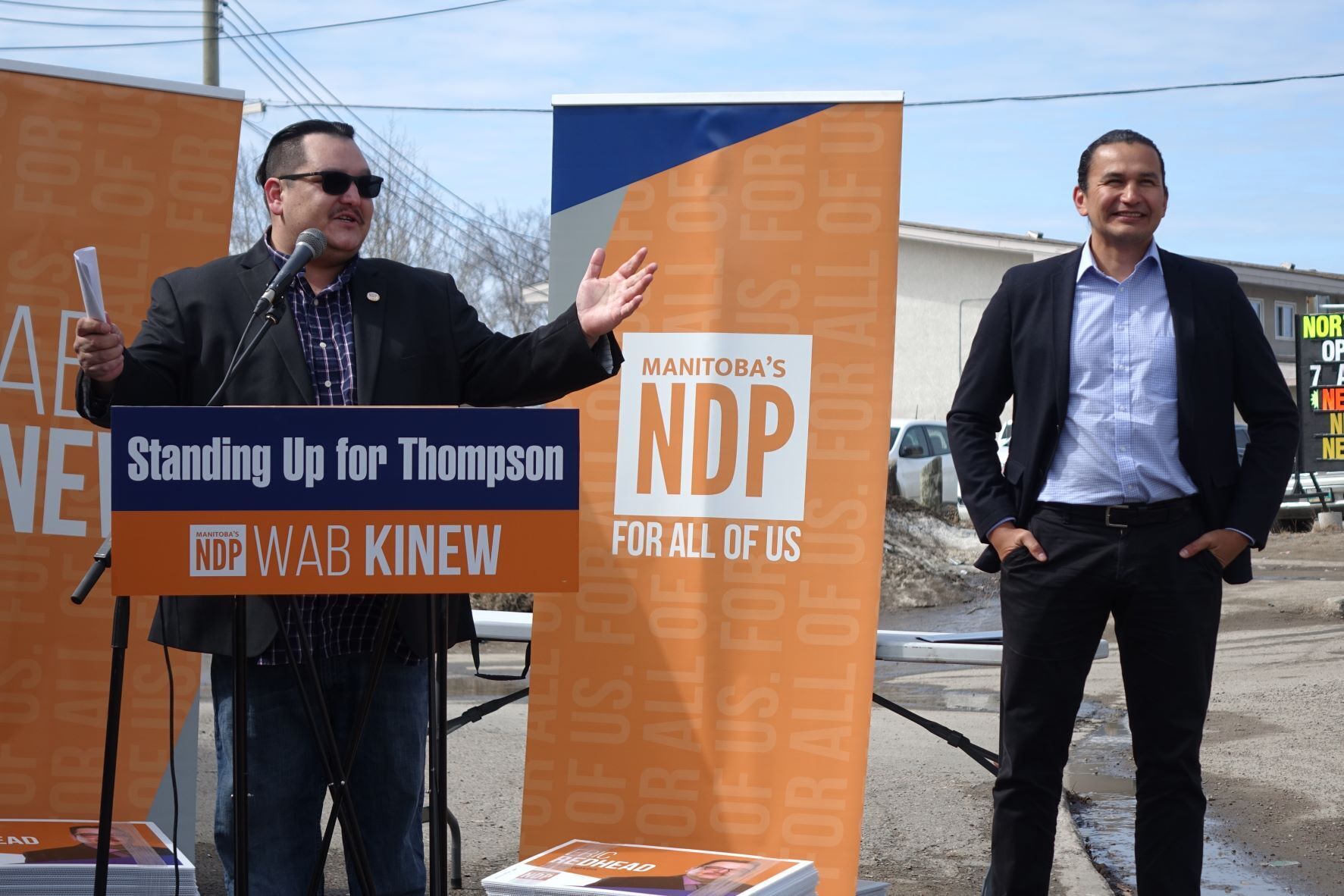 After a tribute to Danielle Adams and a moment of silence in her honour, the Manitoba NDP nominated Eric Redhead as their candidate for the Thompson by-election. NDP Leader Wab Kinew was in Thompson to speak at the nomination and kick-off the campaign.

“Families in Thompson and the surrounding communities had strong representation in Danielle Adams. These are big shoes to fill,” said Redhead. “I’m honoured to have the chance to continue the good work she started. I will fight for better health care and safer highways. I will work hard to find solutions to problems in our community made years of PC cuts, like the lack of hot water in the Thompson hospital. Families in this riding deserve quality health care, safe highways, good jobs and a government that won’t leave them behind.”

Eric was born and raised in Thompson and he lives there with his children. As a former health care aide, Eric has seen firsthand how PC cuts have hurt people and made their lives worse. He knows families in Thompson and the surrounding communities deserve quality care close to home. He will fight to restore the Thompson footcare clinic and hire more nurses to create good jobs and better care at the bedside. As the former Chief of Shamattawa, Eric stepped up in a crisis when COVID cases surged in his community. He worked with all levels of government to bring in the military and red cross to protect families and save lives.

“Life is getting harder and more expensive for families in Thompson,” said NDP Leader, Wab Kinew. “In these tough times we need a strong voice for the North to fight back against PC cuts and take care of northern families. Eric Redhead will be a champion for northern health care and northern families. He is a leader who cares and knows how to get things done. The Manitoba NDP is committed to fixing northern health care, making highways safer for families and making life more affordable.”

The NDP launched their campaign with a community BBQ and canvass.