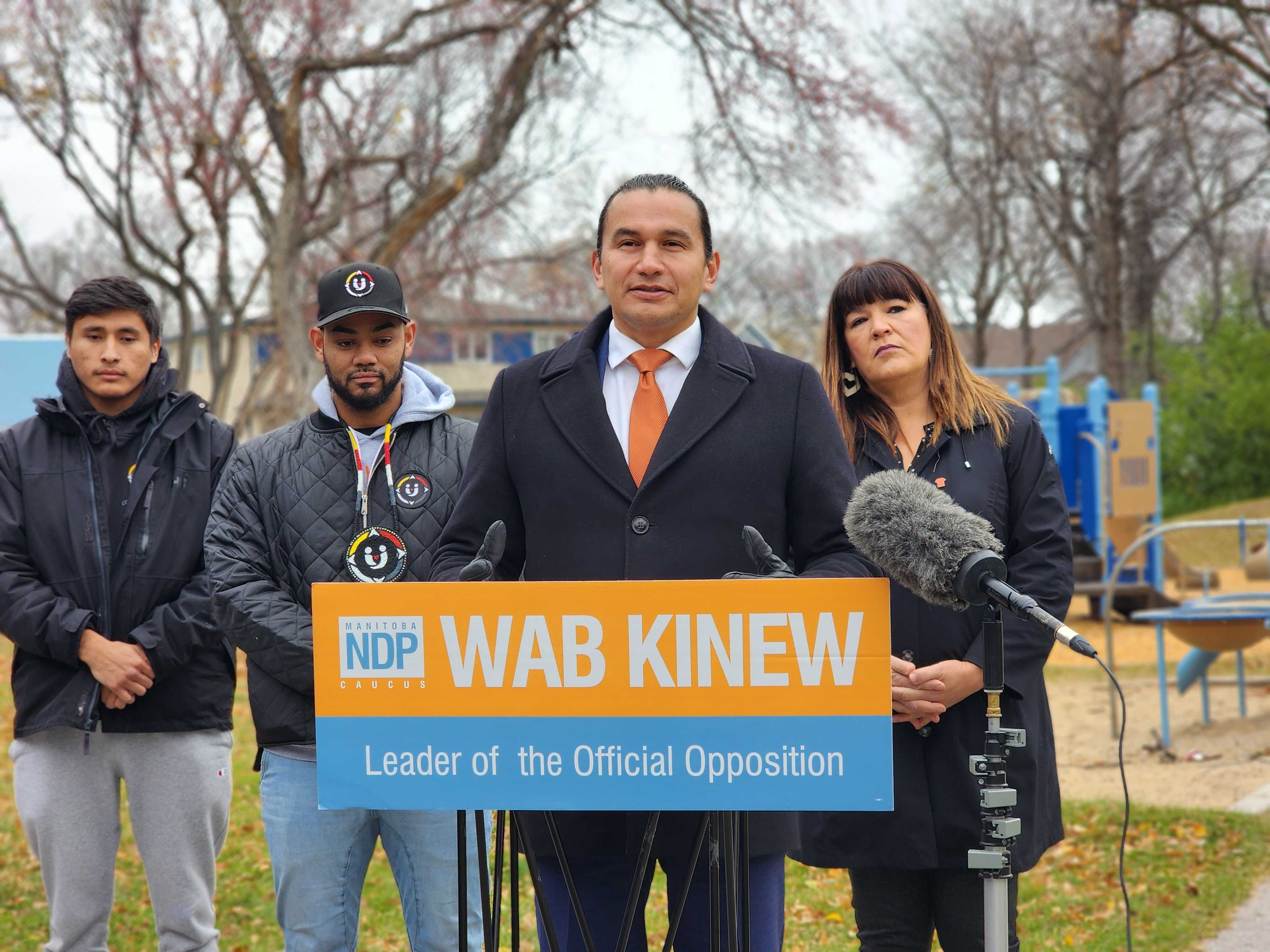 The Manitoba NDP pledged to end chronic homelessness in Winnipeg within two terms by adapting a proven model used by the City of Houston.

“When folks go downtown for work or a hockey game, and see people sleeping in bus shelters, they know our province can do better. They want every person to have the dignity of a safe place to call home,” said NDP Leader Wab Kinew. “Our team has an ambitious plan to end chronic homelessness. It’s a big challenge, but we’re ready to do the work to get there.”

Kinew pointed out that the success story in Houston, Texas, where they reduced homelessness by 63%, moving 25,000 people off the streets and into homes of their own, proves that ending chronic homelessness is possible with political will.

In 2011 the City of Houston created a program to reduce homelessness by partnering with local organizations and stakeholders to go into homeless encampments and rapidly rehouse people with available housing stock. 75% of those rehoused maintained their homes after the first year.

Kinew’s NDP would follow the Houston model and make additional investments to repair and increase housing stock, invest in addictions and mental health wraparound supports, as well as building on programs like RentAssist. Rather than relying on census data, the NDP model would follow real time homelessness population data in Winnipeg, Brandon, Dauphin, Thompson and other communities. It would recreate Houston's success by establishing achievable targets, like housing every family with children within the first 100 days of programming.

Throughout their six years in office, the PC Government has failed to build a single unit of social or affordable housing and has instead sold off units and cut the maintenance budget while raising rents.

“In the last six years our communities have become less safe. The addictions crisis has gotten worse and more and more people are forced to sleep outside,” said NDP MLA Bernadette Smith. “We know there are solutions. The NDP is committed to making communities safer and helping everyone in Manitoba get the housing they need to thrive.”