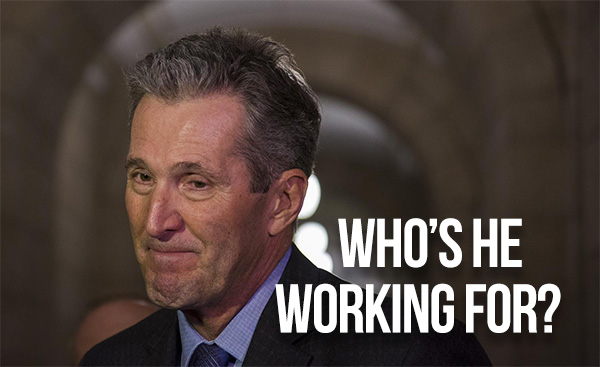 “Brian Pallister has interfered with Manitoba Public Insurance forcing them to pay millions to insurance brokers while rates for regular families go up,” said Mark Wasyliw, NDP candidate for Fort Garry. “Now we’ve learned Pallister has taken $60,000 from executives, spouses, staff of the Insurance Broker’s Association of Manitoba (“IBAM”) and their associates in just the past three years.”

An analysis of Elections Manitoba donation records shows 26 IBAM officials and associates donated nearly $60,000 to the PC Party of Manitoba since 2016. What’s more, donations increased in 2017 at the same time as negotiations between MPI and IBAM on a new broker accord began.

“We already know Colleen Mayer took illegal corporate donations from IBAM – and she refused to come clean until the Commissioner of Elections ruled she broke the law,” said Wasyliw. “Brian Pallister needs to tell Manitobans how he can put families first when he’s taking $60,000 from special interest groups.”

Pallister needs to come clean with Manitobans about the PC Party’s relationship with IBAM: