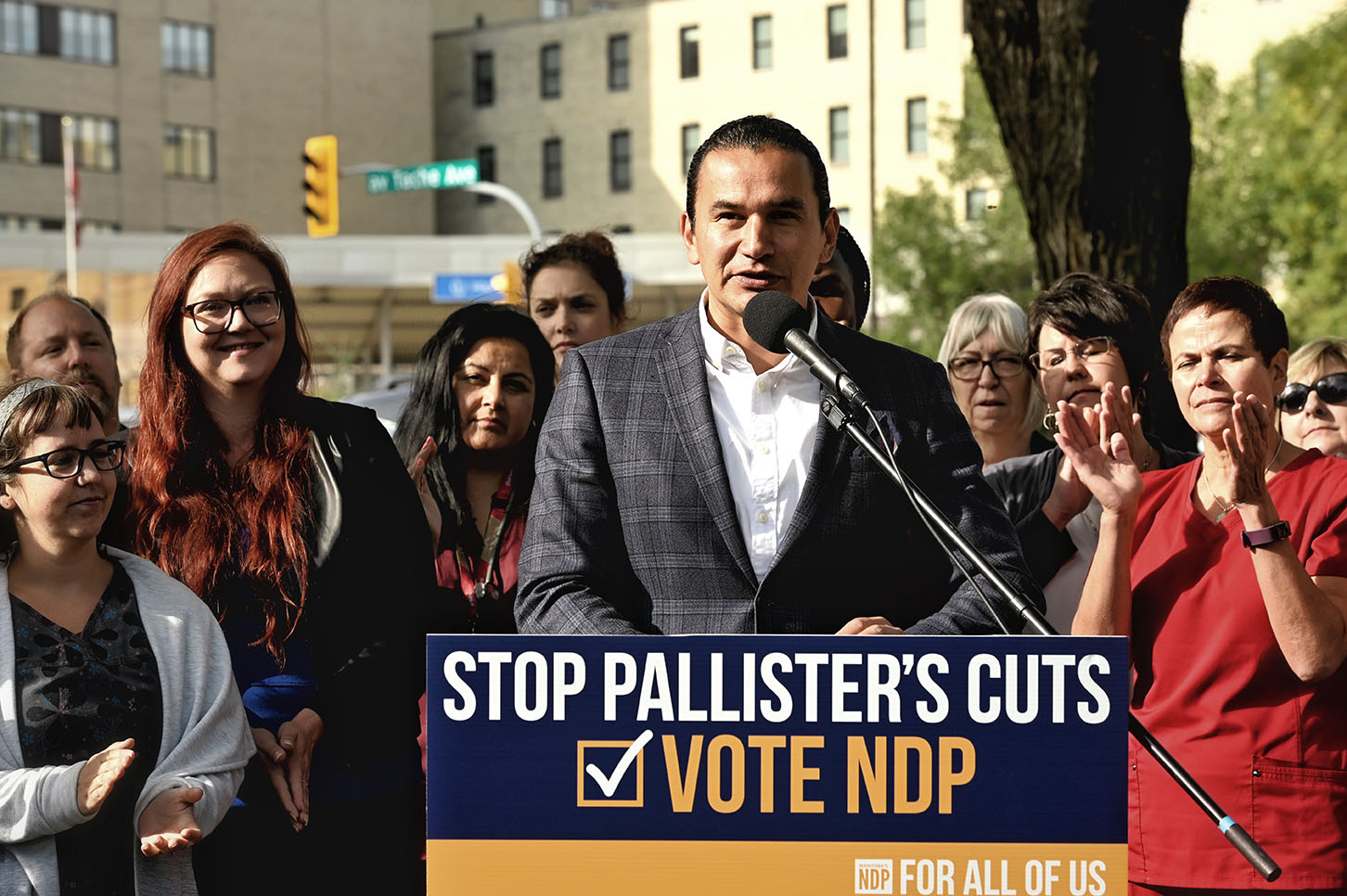 Pallister knows his changes have hurt people, and he’s continuing anyway. Confidential KMPG documents obtained by the Manitoba NDP revealed that Pallister is headed toward 160 more health care job losses in doctor and nurse recruitment and retention, and occupational health and safety. This is just a small part of the full clinical plan for more health care cuts that Pallister is hiding from Manitobans until after the election.

According to the PCs, the hidden clinical plan will include more changes to emergency care, as well as other services like critical care, cancer care, surgery and obstetrics. The full plan for cuts was supposed to be released this summer but has now been buried until after the election.

Pallister’s platform also confirmed his plans for cuts – $625 million in cuts to services like health care and education – along with a $200 million firesale of public assets, like the Cadham provincial laboratory.