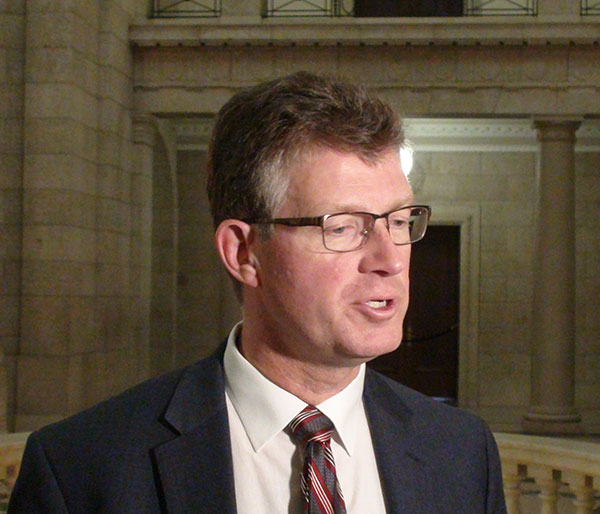 Winnipeg, MB – Today NDP MLA Andrew Swan introduced Bill 222, The Human Rights Code Amendment Act (Genetic Characteristics) which would ban employment and insurance discrimination on the basis of genetic identity. The bill was previously announced in the last Legislative session but the Pallister government refused to pass it or even send it to a committee for public input.

The bill makes amendments to the Manitoba Human Rights Code to add genetic information to the list of characteristics for which differential treatment is prohibited. The bill also prevent employers, insurance companies, or any other entities from discriminating against Manitobans based on a refusal to undergo genetic tests or reveal the results of a genetic test.

“Manitoban’s with a history of genetic diseases like breast cancer, heart disease or Alzheimer’s, should not have opportunities denied to them because of a genetic test,” said Swan. “Manitobans should feel free to use these tests as proactive measures to protect their health, but they should never be forced to disclose that information.”

These protections are essential to ensuring entities are not able to deny employment or services to Manitobans solely because of their genetic characteristics. It allows Manitobans to feel free to take advantage of genetic testing without fear of reprisal and while retaining their right to privacy.

Last year Parliament passed Bill S-201, The Genetic Non-Discrimination Act. Canada was the last G7 country to take steps to guarantee protections against genetic discrimination. Swan noted that provincial adoption of the issue is essential to ensuring areas of provincial jurisdiction, like insurance and employment, are fully covered.