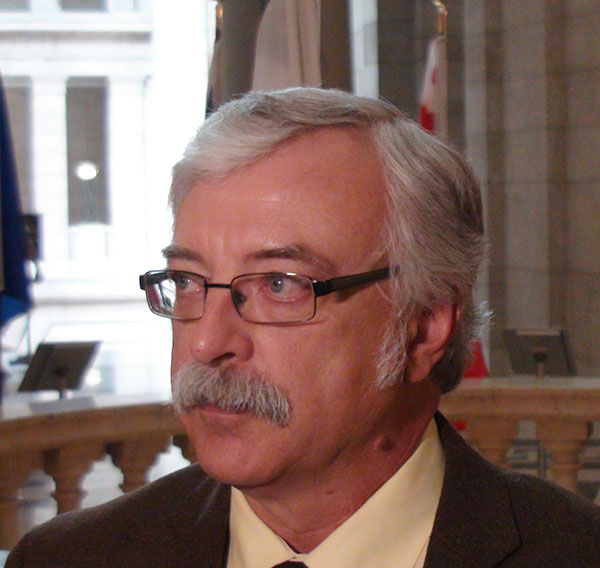 Winnipeg, MB – The Manitoba NDP announced today  Bill 18 The Labour Relations Amendment Act and Bill 3 The Liquor, Gaming and Cannabis Control Amendment Act (Cannabis Social Responsibility Fee) will be delayed until the fall. The NDP filed a notice in the House this afternoon which formally designated the bills and removed government’s ability to guarantee their passage before the House rises in June.

“Bill 18 shuts down an effective public mediation service trusted by unions and employers alike,” said Tom Lindsey NDP Labour Critic. “Once again the Pallister government has ignored the needs of workers and businesses. The bill will lead to more stress for front line workers and more disruptions for industry.”

Bill 18 shutters the conciliation and grievance mediation services branch of the Manitoba government. It allows for the transfer of those services to the private sector.

The NDP also delayed Bill 3, which forces cannabis store operators to pay government a social responsibility fee equal to 6% of the operator’s annual cannabis sales revenue or an amount set by Cabinet.

“While we are not opposed to the responsible and safe licensing of cannabis, we do oppose the Pallister government charging a social responsibility fee but refusing commit to using that revenue on families,” said Lindsey as GET Critic. “Pallister has repeatedly abdicated his responsibility to families by ignoring the addictions crisis, cutting Manitoba Housing and clawing back money from people on EIA, just to name a few.”

Lindsey noted the Pallister government has so far refused to be transparent about the amount of cannabis revenue the province has made since legalization.