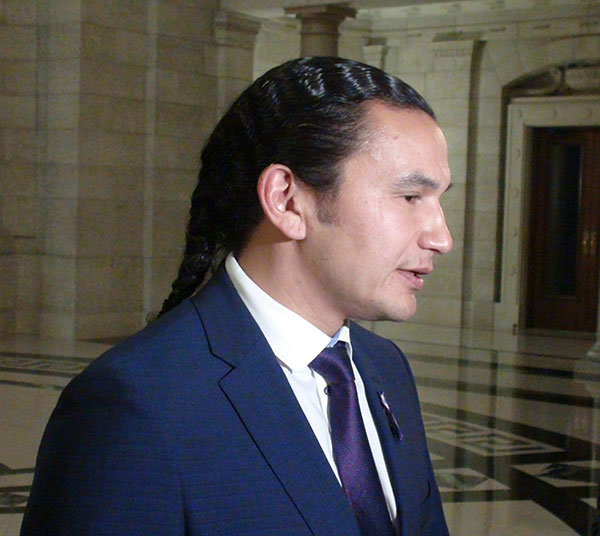 Winnipeg, MB— The Manitoba NDP called on the Pallister government to stop ignoring the Port of Churchill one day after the Premier signed an agreement with the Port of Vancouver to increase exports destined for Asian markets.

“The Port of Churchill has played a historic role in getting Manitoba’s agricultural products to market quickly and that has allowed for strong economic growth within Churchill and surrounding communities in the north, ” said NDP Leader Wab Kinew. “Yet the Premier is ignoring Manitoba’s own port in favour of Vancouver’s and forcing Churchill to lose out on millions in potential economic activity.”

On Monday the provincial government signed a Memorandum of Understanding (MOU) with the Port of Vancouver. The government media release notes $400 million in agricultural products are currently traded through B.C.

Prior to the Harper government’s dismantling of the Canadian Wheat Board in 2012, the Port of Churchill was responsible for shipping the majority of grains produced in Manitoba to international markets. The Port was sold to private operator OmniTRAX but was shut down in July 2016 after the connecting railway was washed out. The port was eventually sold to Arctic Gateway Group in September 2018 for an undisclosed amount. Upon purchasing the Port the Group committed to offering services to “every single grain company”.

“The Port of Churchill and the families that rely on its operation have undergone extreme hardship in the last few years due to Pallister’s inaction,” said Kinew. “The sale of the port to Arctic Gateway was supposed to signal an era of renewed investment in Churchill. The Pallister government must stop ignoring the people of Churchill and surrounding communities and do everything possible to promote a bright economic future for northern Manitoba.”