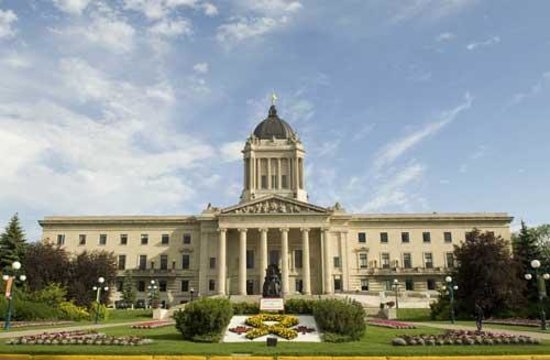 Winnipeg, MB – Official Opposition Leader Wab Kinew announced a revamped shadow cabinet to continue to hold the Pallister government to account for deep cuts to health care, education and jobs. The new roles were announced as the 4th Session of the 41st Legislature resumes.

“Over the break we heard directly from families and workers who are  seeing health care get worse and life get more expensive thanks to Brian Pallister,” said Kinew. “Our NDP team is fighting hard against Pallister’s reckless plan to close hospitals and cut education. We are ready to continue to take that fight back to the Legislature and stand up for regular Manitoba families.”

Bernadette Smith, MLA for Point Douglas, will take on the role of Critic for Health and Active Living. She will also serve as the Whip of the Official Opposition. Amanda Lathlin, MLA for The Pas, will replace her as Critic for Families and will serve as Deputy Whip.

Nahanni Fontaine, MLA for St. Johns, will add the role of critic for Military and Veterans Affairs to her portfolio and will maintain her responsibility as House Leader of the Official Opposition. Jim Maloway, MLA for Elmwood, will replace Matt Wiebe, MLA for Concordia, as chairperson of the Public Accounts Committee. Ted Marcelino, MLA for Tyndall Park, will assume the role of critic for Housing issues.

NDP Leader Wab Kinew will take on the role as critic for Manitoba Hydro.

The current list of critic duties is as follows: