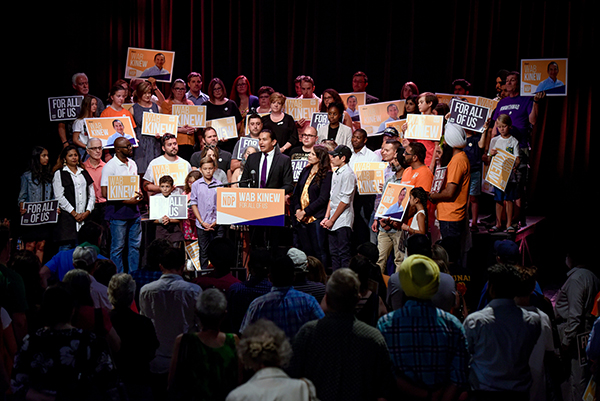 Winnipeg — Manitoba NDP Leader Wab Kinew accepted the nomination as the NDP candidate in Fort Rouge at a packed meeting at the Park Theatre in Fort Rouge today.

Kinew’s nomination is the 57th for the Manitoba NDP, making it the only party to have a full slate of candidates in place when the election campaign officially begins. The Manitoba NDP was also the first party to launch its campaign, and the first to present a comprehensive, fully-costed platform. Kinew is generating momentum and excitement as Manitobans look for a positive alternative to the cuts and health-care chaos offered by Brian Pallister.

“Brian Pallister has forgotten who he’s supposed to be working for. I will never forget that I work for you. It’s time for a government that’s in it for families like yours,” said Kinew. “On behalf of everyone who believes we need a Premier who’s in it for all of us — not just those at the top — I accept your nomination!”