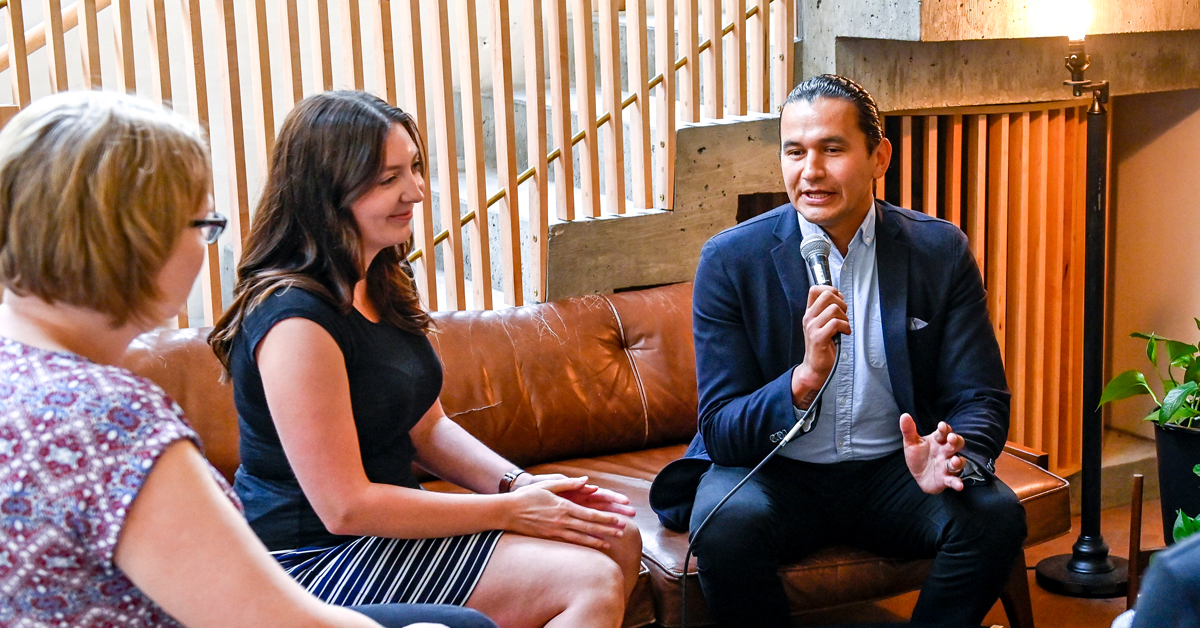 Meets with nurses who were betrayed by Pallister’s broken promise

As part of his key commitment to fix Brian Pallister’s health care crisis, Wab Kinew would immediately stop Pallister’s practice of firing nurses. Instead, a Manitoba NDP government would hire more nurses, beginning in critical areas, and would train more every year. The result would be better health care for Manitobans.

Kinew made the commitment this morning after meeting with nurses in Winnipeg. They responded to a clip from CJOB radio recorded on April 13, 2016 during the provincial election campaign:

Richard Cloutier: “Susan is a nurse and she says, ‘I will not cast my vote until I get an answer to this question. Will you make any health care cuts, Mr Pallister?’”

As Manitobans are painfully aware, Pallister broke this promise by bringing in the deepest health cuts in many years. So far he has: closed 3 ERs, 1 Urgent Care centre, and 5 Quick Care Clinics; cut 128 acute-care beds; cancelled the special drugs program; cancelled post-operative physiotherapy and occupational therapy; and reduced the number of nurses in the Manitoba health-care system by 500 since 2017.

Just as important, Kinew committed to rebuilding the relationship of trust with nurses that has broken down under Pallister.

“The damage Brian Pallister has done to health care with his cuts is so severe it cannot be undone immediately. It will take time and it will take work. Most of all, it will take listening to the real experts — those working on the front lines like the nurses I met with today,” said Kinew. “But make no mistake: we will fix health care. Manitobans are telling me how worried they are about health care being there when they need it.”.