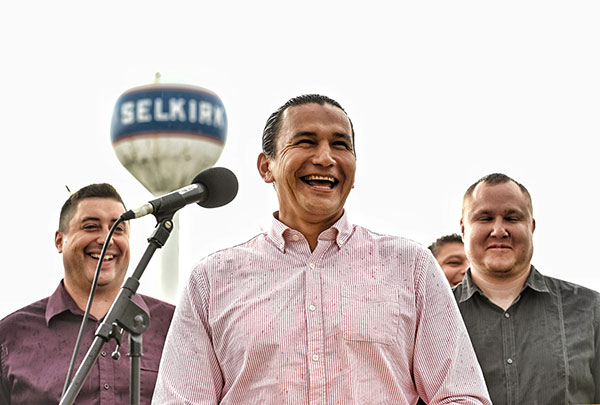 Selkirk — More than 40 employees at Selkirk Laundry would keep their jobs, and an NDP government would cancel Brian Pallister’s closure of the Selkirk health care facility, Wab Kinew announced today.

“Brian Pallister’s health cuts are hurting families across the province,” said Kinew, leader of Manitoba’s NDP. “This is yet another example. If he’s given another term in office, he will close Selkirk Laundry and throw dozens of hard-working Selkirk residents out of work. They and their families deserve better.”

The Selkirk Laundry facility is one of the largest employers in town. It has been open since 1974 and provides laundry services to patients in hospitals and personal care homes in Winnipeg, as well as in numerous Interlake communities. It is run by the Winnipeg Regional Health Authority.

“The PC’s plan to close the Selkirk Laundry service would cost 40 Selkirk workers their jobs. I am very pleased to hear that Wab Kinew and the Manitoba NDP have promised to cancel the plan for and stand up for Selkirk jobs"” said Johannson.

Closing the Selkirk Laundry was one of the cuts proposed by consulting firm KPMG in a report prepared for the Pallister government at a cost of $750,000. “The Selkirk Laundry closure fits Pallister’s pattern. He chooses to listen to high-priced consultants, while ignoring the needs of families, patients, and local communities We would make different choices. We would stand up for Selkirk,” Kinew said.