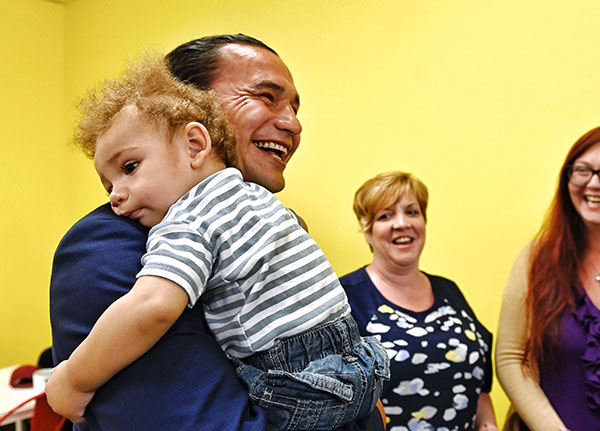 NDP to provide free, universal access to menstrual products in schools, and invest in midwives and post-natal care

WINNIPEG — As part of his key commitment to fixing Brian Pallister’s health crisis,Wab Kinew would give more expectant moms access to midwives, restore the lactation consultant services cut by Pallister, and fund free universal access to menstrual products
in all schools in Manitoba.

Research shows that nearly one in seven Canadian girls have missed school or left early because they did not have access to menstrual products. An NDP government would require all schools to install dispensing machines in washrooms in order to provide free menstrual products, and would fund the cost of purchasing and operating the machines.

“As Manitobans are painfully aware, Brian Pallister’s health care cuts have thrown the system into chaos,” said Kinew. “Those cuts included cuts to women’s health care. We will undo the damage he has caused to the system. And we are not just reversing the cuts, but making improvements. No student should have to miss a day of school because of lack of access to menstrual products. We are proud to say we would not let that happen any more.”

This summer the media reported that ten of the 12 midwives who graduated in Manitoba this year could not get jobs as midwives because Pallister refuses to hire more midwives — even though the demand for midwives exceeds the services available, especially in rural and northern communities. And the evidence is overwhelming that midwife services are low-risk, efficient, and in some ways — such as postpartum supports — can be even better for some women than clinical alternatives.

"When I gave birth to my first child I struggled to breastfeed. No one had told me what that would be like and I felt very alone,” said Amalia Zurzolo. “I was referred to a lactation consultant who was able to diagnose what the public health nurse hadn't been able to understand. The experience was incredibly validating and encouraging during an overwhelming and difficult time. With the help of a lactation consultant I was able to continue breastfeeding my baby.”

“Pallister’s choice to cut lactation consultants was narrow-minded. He promised not to cut front line services, but that is as front-line as you can get,” said NDP candidate Lisa Naylor.

These commitments are included in the Manitoba NDP’s fully-costed platform. Total cost of the three commitments when fully implemented is budgeted at $1.2 million annually.