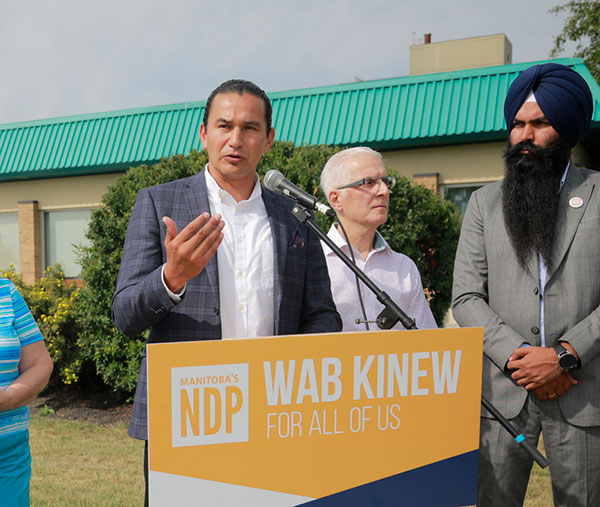 Kinew stood with the Manitoba NDP’s Transcona candidate Nello Altomare outside Park Manor, on the same spot where Brian Pallister stood in 2016 and promised to expand the PCH — a promise Pallister broke.

“Brian Pallister has not started and finished a single PCH bed, after telling Manitobans something different during the 2016 election campaign. It’s just one more broken health-care promise from Pallister,” said Kinew. “Manitobans deserve better. And we will do better for them.”

Kinew also committed to a new approach to PCH construction that would see an NDP government build more PCH beds for seniors in communities across the province.