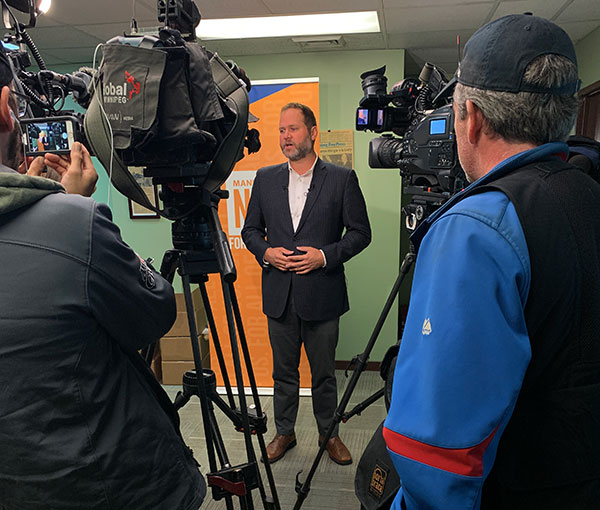 WINNIPEG — This election is about Brian Pallister’s health care cuts. Yet Manitobans are being denied their democratic rights because — as recently released documents show — Pallister’s cuts and closures are going ahead, even during the election. This is against the rules and traditions under our democratic system, and an insult to Manitobans.

Two days ago the Manitoba Department of Health posted an update on the Health System Transformation website: https://www.gov.mb.ca/health/hst/docs/mhsal/hst_update12.pdf

This update proves that Brian Pallister is denying Manitobans their ability to choose the future of health care by continuing to implement his political program of health cuts during an election. His agenda includes closing health care facilities; cutting health care professionals; and privatizing services.

This is wrong because in an election period, governments can only carry out routine and non-controversial business. Cutting and privatizing health care is neither routine nor noncontroversial.

On behalf of Manitobans, who are being denied their right to have their say on Pallister’s health cuts, NDP Leader Wab Kinew has written Fred Meier, Clerk of the Executive Council and Cabinet Secretary, urgently demanding that he stop the Health System Transformation Program until Manitobans have their say on September 10th.