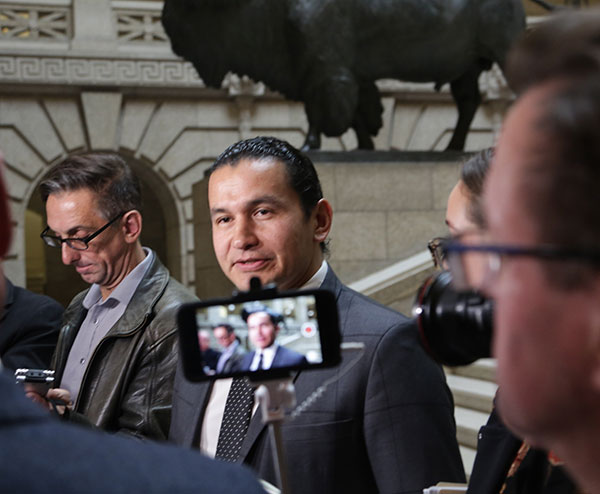 FIPPA documents show the Pallister Government on March 11, 2019 ordered MPI to have brokers “own 100% of all online MPI transactions”, including insurance and driver and vehicle assessment.

On April 18, 2019, the Board of Directors of MPI as part of a 3 year strategic plan examined a scenario entitled “MPI Disbanded” where brokers would “own all pieces of insurance and DVA transactions” (Click to see backgrounder).

“Brian Pallister said he wouldn’t privatize our Crown Corporations in the last election – these documents show that he was not telling the truth. Pallister has made the choice for higher rates and deals for well-connected insiders,” added Kinew. “We know Pallister plans to privatize our Crown Corporations like Hydro and MPI if he gets the chance. Only the Manitoba NDP will make the choice to stand up for regular families, defend lower rates and keep Hydro and MPI public,” said Kinew.