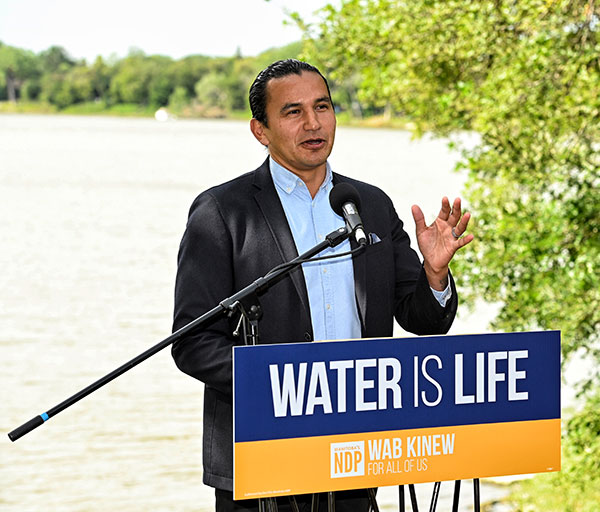 “Water is life,” said Kinew, who delivered the commitment standing on the banks of the Red River. “Yet Brian Pallister has demonstrated no meaningful commitment to saving Lake Winnipeg. Instead he has chosen to pick fights with the Mayor rather than working together to get things done. It’s time for a Premier who will show leadership on saving the lake and protecting our waterways. Today I am making it clear that we will do our part. I look forward
to working with — not against — the Mayor as we restore and protect Lake Winnipeg for future generations.”

The upgrades will allow the treatment plant — which treats 70% of Winnipeg’s sewage — to remove phosphorus and nitrogen from the effluent it sends into the Red River.

Kinew committed $500 million to cover the provincial share of this project; it is included in the NDP’s fully costed platform.