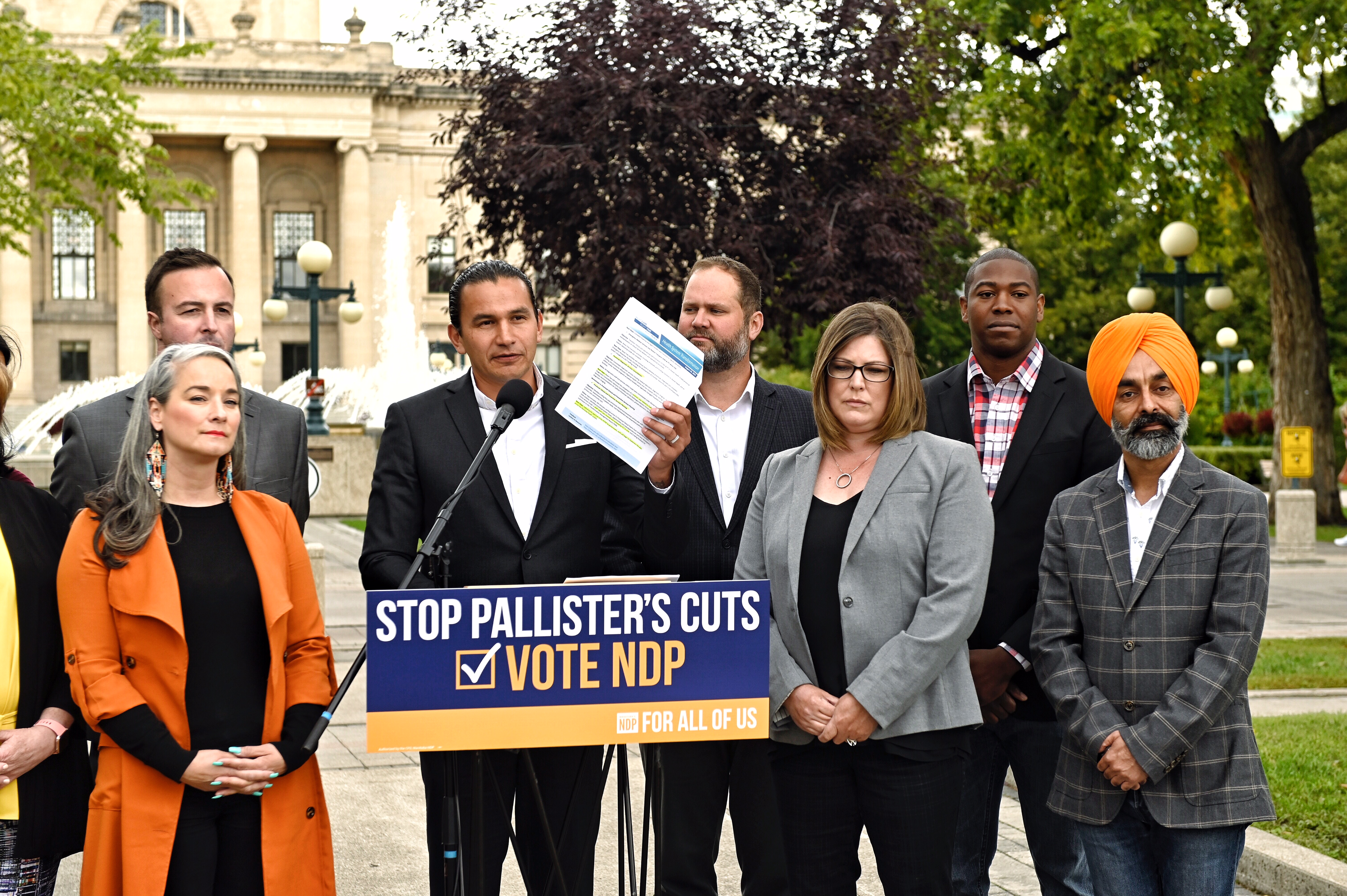 Treaty 2 Territory, Dauphin MB--After attending a community town hall in Dauphin Manitoba NDP Leader Wab Kinew condemned the Pallister Conservatives for refusing to build a new, restorative justice centre in the community or provide good jobs for Dauphin families. Kinew urged the government to commit to building a new, modern facility in Dauphin in the style of a traditional Healing Lodge in partnership with local First Nation and Métis leadership.

“We’re committed to transforming the justice system into one that uses rehabilitation to addresses the root causes of crime and keep our communities safe,” said Kinew. “Our new approach will create good jobs for the workers displaced by the Pallister government, address the overrepresentation of Indigenous people in our system and create a safe and successful Dauphin community and Parkland region.”

Healing Lodges have operated in Manitoba at the federal level since the 1990s. Residents have healing plans, as opposed to correctional plans, to assist with harm reduction and reintegration. A 2011 federal report found Lodges improved recidivism rates and helped inmates connect with Indigenous traditions and teachings. In 2017 the TRC’s 35th Call to Action recommended eliminating obstacles to building more lodges within the justice system.

Under the NDP, a Healing Lodge would service Dauphin, Thompson and communities across northern Manitoba to provide real supports for people incarcerated while keeping them close to their families and home communities. It would be operated in partnership with First Nation and Métis leadership to address the overrepresentation of Indigenous people and systematic racism in the justice system. It would use cognitive behavioral therapy and addictions treatment to address mental health and issues associated with childhood trauma to reduce recidivism rates. By investing in programs to address the social causes of justice involvement like poverty, housing and childhood trauma the NDP would continue to create good jobs in the Parkland region.