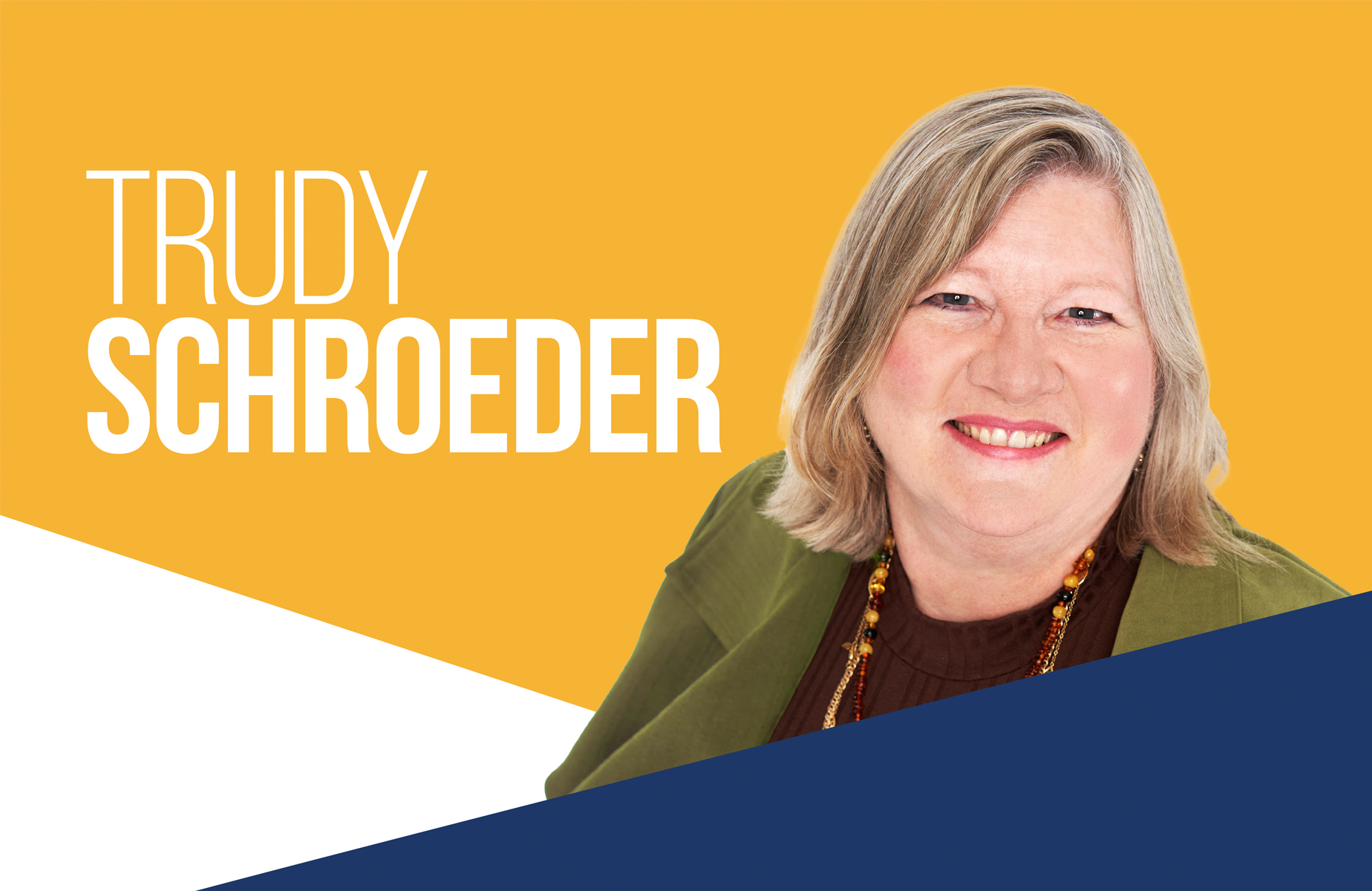 Trudy has lived in Fort Whyte for decades and knows what families in the community need. She is running alongside Wab Kinew and the NDP to fight for a more resilient health care system, more supports for kids in the classroom, community access to arts and cultural programs, an affordable life and good jobs for all Manitobans.

Trudy has more than thirty years of experience in the arts and cultural sector, establishing herself as a capable and prudent manager of Manitoba’s largest music organizations. Serving as executive director of the Winnipeg Symphony Orchestra for more than a decade, and another decade at the helm of the Winnipeg Folk Festival, she is an expert in connecting people through music and strengthening communities while balancing the books.

A recipient of the Order of Manitoba and the Queen’s Diamond Jubilee Medal, Trudy has served on the boards at the Concordia Hospital, the University of Manitoba ‘s Leadership Development  Program, the Premier’s Arts & Culture Advisory Council and the federal government’s Voluntary Sector Initiative. Trudy has used her administrative expertise and New Democratic values to strengthen the things Manitobans depend on like health care, public education and a vibrant economy.

Trudy Schroeder’s NDP connections go back all the way to her teenage years when she was asked to nominate Ed Schreyer ahead of his 1977 re-election. Now running as a candidate in her home community of Fort Whyte, Trudy is returning to her roots to fight for Fort Whyte families and convince them a better future is possible with an NDP government.

Trudy and her husband have two daughters.