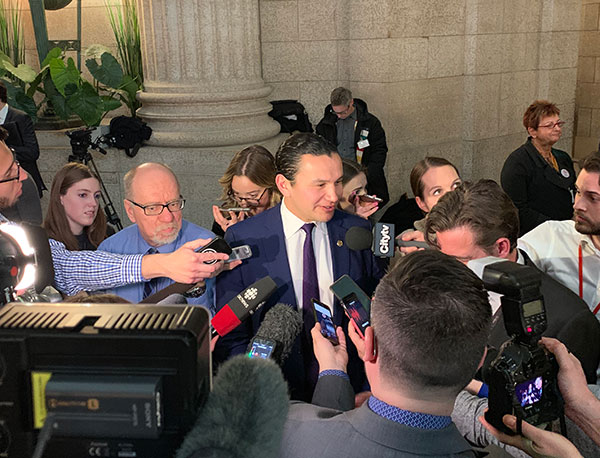 “Pallister’s plan clearly isn’t working. Families are waiting longer at emergency rooms and people are telling us they’re now leaving ERs before they get the care they need,” said NDP Leader Wab Kinew. “The government must do the right thing and cancel their plan to close the Concordia and Seven Oaks ERs before it’s too late.”

Yesterday the Winnipeg Regional Health Authority posted median wait times at Winnipeg’s emergency rooms in the month of March. Waits were up to 2.17 hours, a 49 minute increase since the Pallister government kicked off their health care plan by closing the Misericordia Urgent Care and cutting services at Victoria General Hospital in October of 2017.

WRHA officials blamed the wait times on an increase in the level of acuity of each patient as well as more ambulance arriving emergency departments.Officials refused to walk back the Pallister plan to close two more emergency rooms in June, insisting the closures would lead to an improvement in wait times across the city.

Kinew criticized Pallister for failing to consider the best interests of Manitoba families in his plan to cut and close health care services. He noted the government has continued to close community health services like the St. Boniface Family Medical Centre despite the pressure on emergency rooms.

“Pallister’s actions are purely a political exercise to cut costs. Any changes to health care should be motivated by a desire to improve the health of real families,” he said. “Instead of cuts we need strong investments in prevention and community health services so that families and seniors can stay healthy at home.”