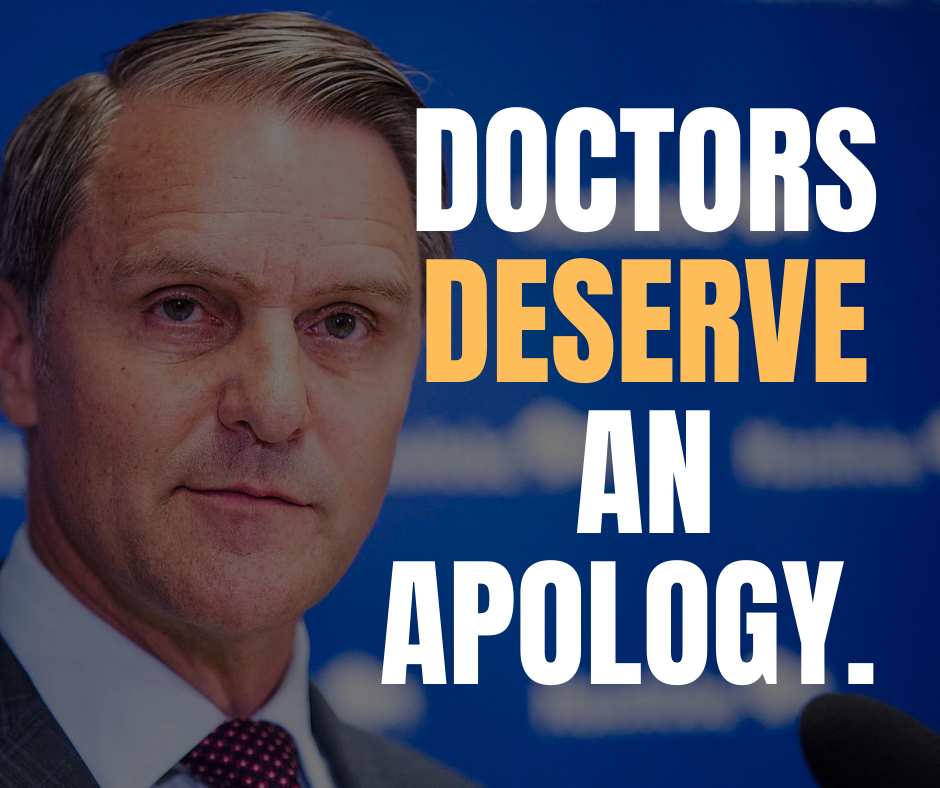 After over 350 physicians wrote to the Health Minister to express their concerns about ICU capacity, Minister Friesen said he had to question the motivations of the doctors. Adding that their letters were timed to have “maximum effect in causing chaos.”

Ask any doctor in Manitoba and they’ll tell you their motivation is to save lives.

It’s time for the Health Minister to apologize to Manitoba doctors.